Dec. 12, 2012 — Last week, villagers in Nidugumba in southwest India, saved an injured tiger that had become caught in a barbed wire fence. 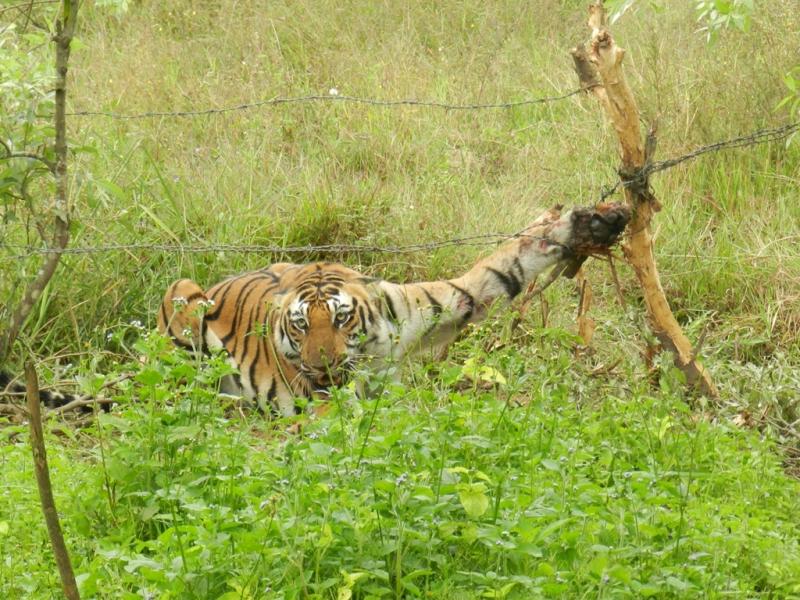 The adult female was discovered on a coffee plantation on Dec. 4 with its paw entangled. The coffee planter and other community members quickly called authorities while preventing the tiger from being harassed. Big cats, when caught in snares or fences, struggle fiercely and often further injure themselves.

A team of forest rangers and veterinarians arrived and tranquilized the cat and untangled it from the fence. The tigress is now undergoing examination at the Mysore Zoo to assess her injuries, age, and health status so that an informed decision can be made about her future.

Such situations often end tragically. Just two days before on Dec. 2, a cornered tiger near Wayanad Wildlife Sanctuary in Kerala State, was shot dead by officials amid chaos created by a mob. The incident happened less than a mile outside the boundaries of Nagarahole National Park that has a high density of tigers.