A newly published National Marine Fisheries Service (NMSF) review of marine mammal bycatch in commercial fisheries, ranks California’s drift gillnet fishery for swordfish and thresher shark as the most dangerous fishery for whales and other marine mammals along the U.S. West Coast from California to Alaska.

The report is long overdue. The bycatch in this fishery has been recognized as a serious problem for decades. But government funding for research necessary to establish data needed to set regulations to address the problem has not been forthcoming.

While most gillnets have been banned in California because of their deadly toll on endangered wildlife, the state’s drift gillnet fishery targeting swordfish and thresher shark has continued to operate.

Gillnets, a mile-long or more, are set at dusk. Hanging like invisible curtains in the water, they drift freely unselectively entangling all marine life traversing through the open ocean. They are retrieved the next day and the “bycatch” is thrown overboard.

For every five swordfish caught in 2011, one marine mammal was killed and six fish were tossed back dead. Over the past decade, more than 1,000 sea lions, dolphins, whales and turtles drowned after getting tangled in drift gillnets. 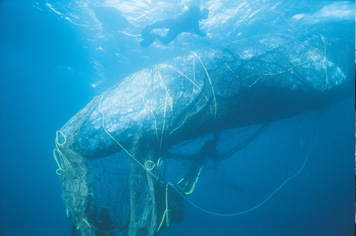 The nets are particularly devastating to sharks of many species. 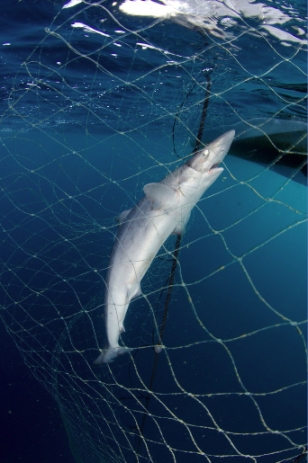 The fishery accidentally captures and kills about 3 sperm whales a year, a rate that is more than double the number that biologists say the West Coast population can sustain without risk of extinction. The mainstays of the whaling industry in the 18th and 19th century, sperm whales are found year-round in California waters. They have been listed as “endangered” since 1970.

Washington and Oregon have banned the use of drift gillnets off their coasts. 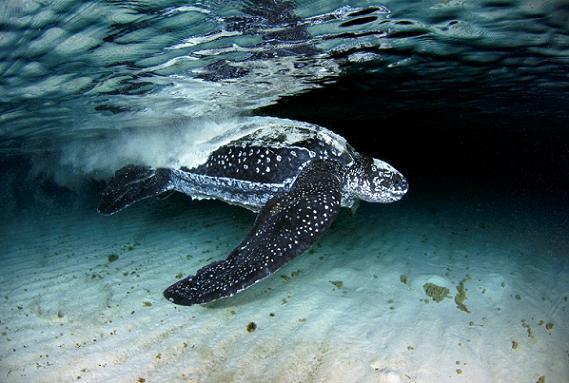 In 2014, federal fishery managers are slated to consider another proposal for allowing driftnets into sea turtle habitat southwest of Monterey, California.