In Malaysian Borneo, camera traps have revealed  the importance of corridors linking isolated and imperiled populations of animal and birds. 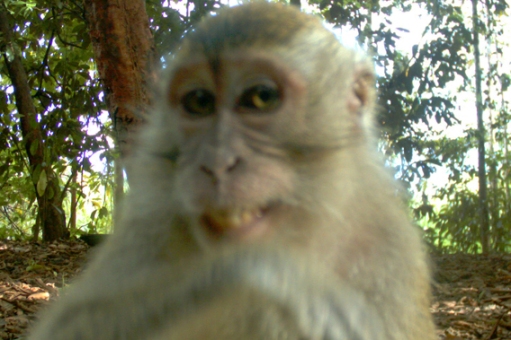 Over 18 months, researchers with the Sabah Wildlife Departmen and the Danau Girang Field Centre in Borneo have photographed wildlife utilizing the corridor connecting two forest fragments located in the Lower Kinabatangan Wildlife Sanctuary.

Forests along the Kinabatangan River are heavily fragmented by oil palm plantations, many of which are planted all the way to the river’s edge, making it difficult for animals to move between surviving forests.

Nearly three years ago, the palm oil industry and the Sabah government pledged to partner to build wildlife corridors and require all land with 100 meters of the river be left for wildlife conservation, but little progress has been made to date. Last year the government was ready to go, but the oil palm industry on the whole has been very slow to replant riparian areas. Lack of forest means that some animals are changing their behaviors to survive.

The camera traps, provided by U.S. zoos (Houston, Columbus, Cincinnatti and Phoenix), prove the importance of forest corridors in the fractured landscape.

Without these corridors, most populations would decline and go extinct.