Twice a year in the Gulf of Mexico Golden Cow-nose stingrays swim from the Yucatan Peninsula in Mexico to Florida in the spring and back in the fall. 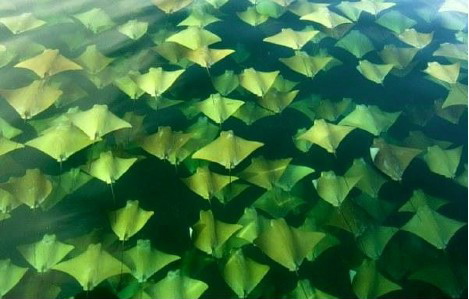 Their migration is northward in the late spring and southward in the late fall. As they swim, their wingtips often break the surface resembling the dorsal fin of a shark. Occasionally they jump out of the water and land with a loud smack, a behavior thought to be a territorial display.