In 1978, Shirley McGreal, founder of the International Primate Protection League (IPPL), learned that the U.S. Armed Forces radiobiology Research Institute was using rhesus macaque monkeys imported from India in neutron radiation experiments. She was aware that the U.S. had signed an agreement with India three years earlier stating that the monkeys were to be used only in medical research and vaccine production. What she stumbled across was anything but.

She published news of what she found in IPPL’s newsletter with a photo showing one of the hapless animals involved and a description of the experiment: 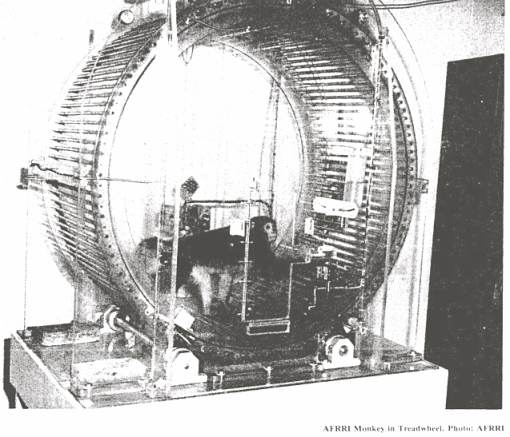 “The monkeys would be taught some “task” such as running on a tread(mill), then irradiated with a super lethal dose of radiation, and put back to work on the “task” and tested until death occurred some hours or days later. No therapy was attempted, since the dose was inevitably fatal. Observers would watch the dying monkeys, calculating the duration of “incapacitations.””

At the time India was exporting some 20,000 of the monkeys annually–nearly all to the U.S.–resulting in a big reduction in both geographic range and population numbers of the species

McGreal sent letters to the U.S. Department of Defense asking for more information. Receiving no response, she sent a press release to all the major newspapers in India drawing attention to the tests and explaining how the monkeys were being imported under false pretenses as the U.S. Public Health Service and other agencies had developed means of bypassing the treaty restrictions. Indian papers gave the radiation experiments prominent coverage. The Time of India ran an editorial headlined: “Appalling Cruelty.” 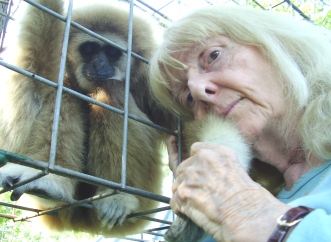 The next year McGreal induced the government of Bangladesh to ban export of their monkeys for similar reasons.

India’s ban caused a huge disruption in ongoing research at U.S. biomedical laboratories, earning McGreal the eternal enmity of the National Institutes of Health. McGreal calls it one of her proudest achievements. “We have never played politics with primate lives,” she says. “And we never will.”