An 85-pound gray wolf was radio-collared by federal wildlife workers November 1, in the Wenaha Game Management Unit of Union County. The capture of the yearling male, dubbed OR-16, took place in northeastern Oregon’s rugged Blue Mountains north of the small sawmill town of Elgin an area where wolves weren’t known to be living. 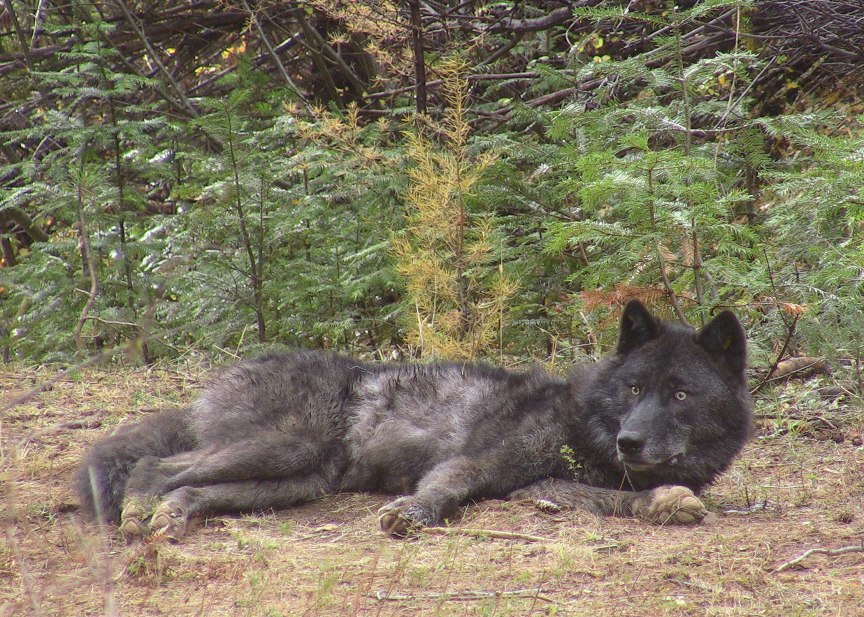 OR16 after being radio-collared. (Photo: ODFW)

It wasn’t immediately clear if the wolf belonged to one of three nearby wolf packs — the Wenaha, Walla Walla and Umatilla River packs, or represents new wolf activity. It was hoped the new radio collar would provide the answer.

The capture followed the discovery of a new wolf pack two months earlier, including a litter of five pups, in the nearby Eagle Cap Wilderness, spotted in the upper Minam River drainage.

Picture taken by remote camera Aug. 2, 2012 shows there are at least two pups for the Umatilla River wolves this year. With four individuals in the group, it is now considered a pack. (Photo: ODFW)

A few weeks later, biologists photographed two pups with the Walla Walla pack, bringing that pack’s size to 10 wolves and the number of known reproducing wolf packs in northeastern Oregon to six. 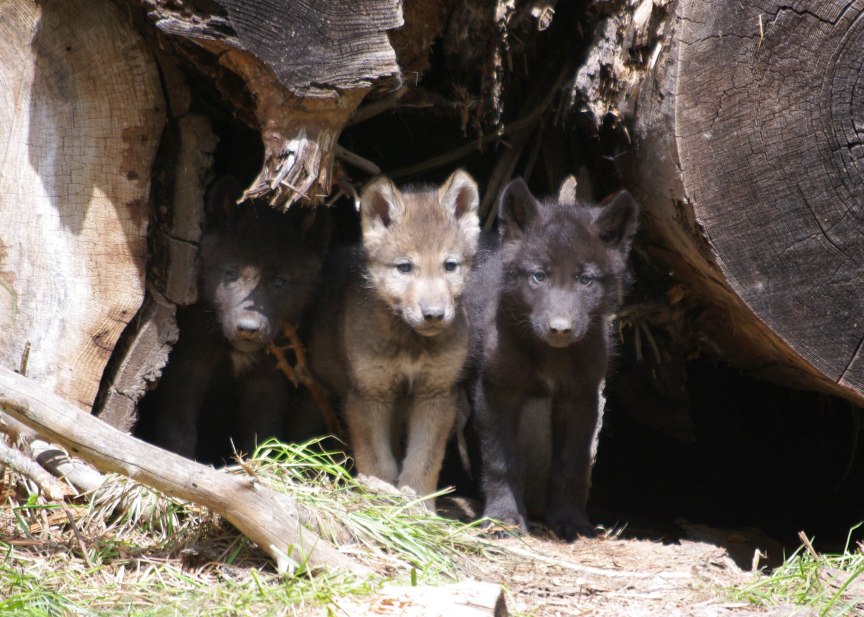 Biologists say the census of new wolf pups in the state is roughly 25, in contrast to a total of 29 known wolves in Oregon in December 2011.

Initial data from OR-16s radio-collar showed that he is a Walla Walla pack wolf. Satellite downloads show him traveling with OR-10, another yearling from the Walla Walla pack.

Biologists report that OR-16 has recently dispersed from the Walla Walla pack and crossed the Snake River into Idaho. Dispersal of young wolves away from their natal pack into new areas is a normal part of wolf ecology. OR-16 is the second radio-collared wolf to disperse from Oregon into Idaho.