are the weapons of choice against which Kenya’s wildlife is helpless. The victims of this war are in their hundreds, and only a few are ever found—dead, dying or painfully alive. Every month the reports of animal casualties are escalating. 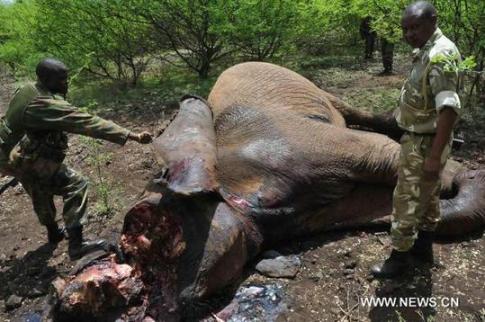 In southern Kenya, now experiencing a catastrophic and gruesome escalation of poaching for the illegal ivory trade, the David Sheldrick Wildlife Trust (DSWT) fields two mobile veterinary units that work in conjunction with the Kenya Wildlife Service (KWS), facilitating a rapid response to animals in distress due to injury, sickness or having been orphaned.

The Units are fully equipped to alleviate the suffering of such animals without delays that have previously occurred by treating them promptly when they are sighted before infection sets in and the animals are lost.