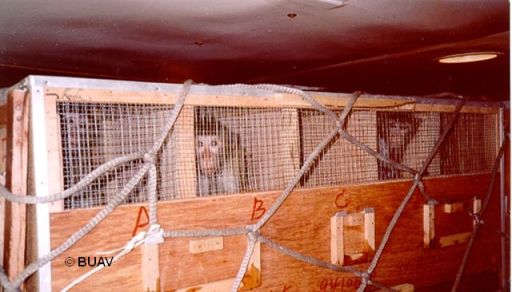 Each year, thousands of macaques and other monkeys are flown into Europe and North America to supply academic and industrial research labs—more than 18,000 to the United States in 2011 alone.

By far the largest exporter of primates for research purposes is China, which last year shipped more than 70% of the research primates sent to the U.S..

Most airlines have complied

In recent years, an increasing number of airlines have taken the decision to dissociate themselves from the cruelty and suffering that are intrinsic to the trade in primates. These include British Airways, Virgin Atlantic, Northwest Airlines, Qantas Airways, South African Airways, Delta Airlines, and Eva Air.