was shot and killed by Des Moines, Washington police. Over the course of about an hour, they Tasered her twice, chased her through the neighborhood, trapped her in a stranger’s backyard and shot her four times with an assault rifle 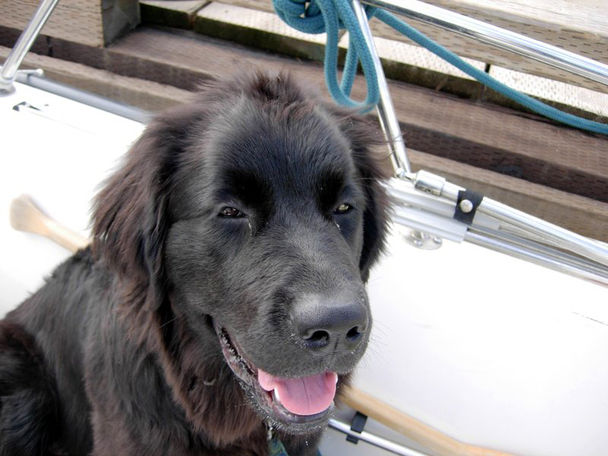 The officers had responded to a report of a loose dog phoned in by a neighbor who was concerned that Rosie might get hurt. Her owners, Charles and Dierdre Wright, were out of town, and Rosie somehow got out of their yard.

After the dog was shot once, one of the officers is heard shouting “Nice!” The officer with the rifle fired three more times. Audio from a dashboard camera indicates the officers were talking about shooting Rosie within 10 minutes of arriving at the scene.

The Wrights returned home later that day unaware of what had happened to Rosie. They called friends and the police, looking for her.

Des Moines police only acknowledged they killed the dog after Charles Wright found a Taser dart on his lawn the next day and took it to the police station, seeking an explanation.

Rosie, a Newfoundland, was killed in November 2010. The Wrights sued claiming the three officers were intent on shooting the 115-pound dog soon after encountering the animal.

They were awarded $51,000, the largest settlement reached in Washington state for an animal-related litigation case. The couple are also seeking at least $90,000 in investigative and attorney fees from the city.

As with so many things these days involving firearms, there is an epidemic of police officers shooting dogs, often times for no clear reason. This appears to be one of those cases.