Eyos, a female orangutan at the Sepilok Orangutan Rehabilitation Centre in the Malaysian Sabah District of North Borneo, was recently released into the Tabin Forest Reserve. Her reintroduction was part of a post release monitoring project sponsored by Orangutan Appeal UK, in cooperation with the Sabah Wildlife Department. 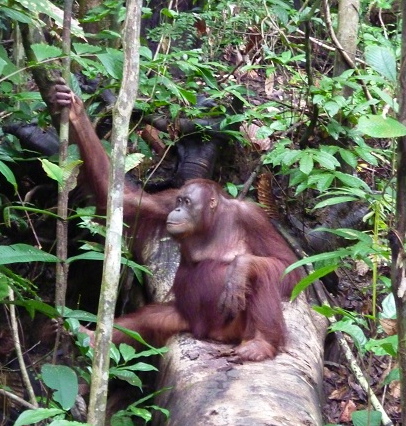 Project Director, primatologist James Robbins, noted that Eyos was getting bullied by many of the other females at Sepilok and clearly needed her own space to live away from other orangutans.

She is the first of six orangutans the team is releasing into Tabin in 2013. All of the apes are implanted with a radio telemetry transmitter so that the team can stay in regular contact with them over the next several years. Wielding antennas, the team follows them 13 hours a day in the forest. The project is the first to use radio-telemetry to track apes in the wild.

The goal of the monitoring project is to obtain data on the behaviour and survival rate of the apes after their release. Orangutans had been released from Sepilok before, but prior to the monitoring project, which began in 2010, no one really knew what happened to them afterward. It was known that many had difficulty adapting to the environment and becoming independent enough to feed themselves as most had been raised by humans since they were rescued as babies.

The Tabin Forest was chosen for releases because it is a large area of protected mixed secondary and primary rainforest with a relatively small orangutan population, yet lots of food and suitable habitat available.

“Eyos is feeding really well so far and has managed to find plenty of fruits on the higher ground in the south of our release site,” Robbins writes. “She has even had some interaction with a wild male orangutan whom she approached last week. After a bit of a standoff that lasted a couple of hours, she got bored and moved on with her day! Eyos is old enough now to be a mother so over the next couple of years, with any luck, we may be reporting news of her getting pregnant with the help of a wild male orangutan!”

Robins is working with the Sepilok Center to formulate a rehabilitation strategy to produce more viable candidates for release. This includes monitoring the rescued apes to ensure they acquire basic survival skills, including a good level of climbing expertise and the ability to make nests in the trees. They also learn how to forage for their food and which plants they can eat and which to be wary of. As their release times approach, they are put into the Kabili Reserve abutting the centre where they are able to visit a feeding platform on the edge of the forest to supplement their diet if they need to.

Robins is looking to compare the behavior of the released orangutans with wild orangutans. If any major deficiencies or abnormalities are noticed, these will be used to advise rehab center managers everywhere on how to most appropriately rehabilitate rescued orphans, so that all of their developmental needs can be met. The ultimate goal is always to release the rescued animals back into the wild.

So far, over a dozen orangs have been released to Tabin. Four have been returned to Sepilok for their inability to adapt. Several released apes have died. 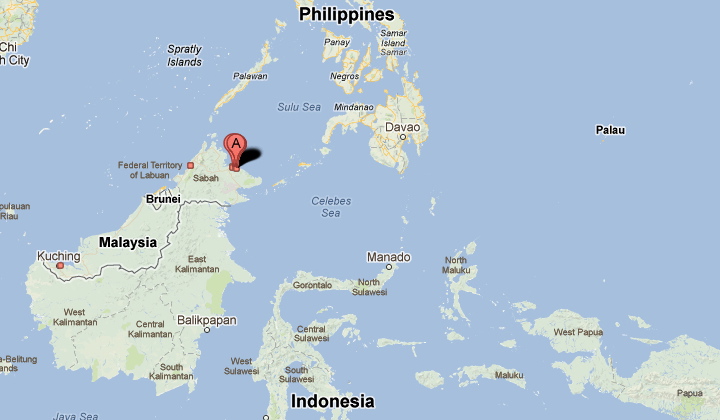 Sepilok Orangutan Rehabilitation Centre is one of only four orangutan sanctuaries in the world. It is located on 43 sq km of protected land at the edge of the Kabili Sepilok Forest Reserve. Around 25 young orphaned orangutans are housed in the nurseries, and 60 to 80 orangutans are living free in the adjacent reserve.

The facility provides medical care for apes orphaned as a result of illegal logging and deforestation, and confiscated orangutans who have been illegally caught and kept as pets. The sanctuary also harbors dozens of other wildlife species, including sun bears, gibbons, Sumatran rhinos and an occasional injured elephant.

The Centre, operated by the Sabah Wildlife Department, has become one of Sabah’s top tourist attractions. Along with its popularity have come problems. At times more than 700 visitors per day can flood the centre, with camera-clicking tourists far outnumbering the primates. Constant contact with humans has exposed the orangutans to diseases, which can make rehabilitation to the wild all but impossible. Expansion plans should solve some of the overcrowding problems.

The sanctuary receives funds from the Sabah Wildlife Department supplemented by an admission fee charged to tourists, who are allowed to visit the centre to witness the feeding times. Funds are limited and, as a result, in past years the Centre has been unable to replace much of its outdated or dilapidated equipment and staffing levels have been at a minimum.