Tennessee Gov. Bill Haslam (R) vetoed a proposed anti-whistleblower “ag-gag” bill that would have made it harder to expose animal abuse. 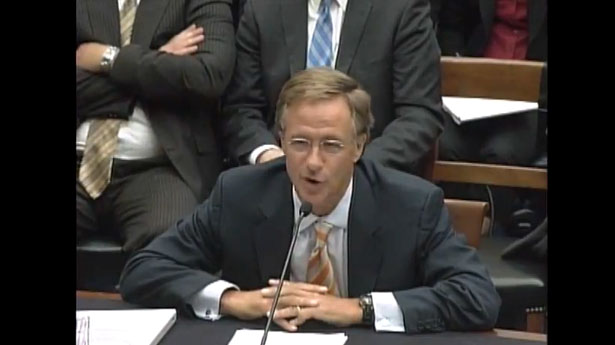 The legislation would have required that evidence of animal abuse be turned over to law enforcement within 48 hours or face criminal charges. The bill’s sponsors said the proposal would ensure animal cruelty was quickly investigated.

Watchdog groups say it was to prevent undercover activists from exposing cruelty to animals on farms and, in the case of the Tennessee walking horse industry, in the show ring.

Thousands of Tennesseans urged the veto, including more than 300 Tennessee clergy, the state Attorney General pronounced it constitutionally suspect, and a number of high profile celebrities added their voices to the protest.

The Tennessean newspaper called it a courageous move by the Governor:

“The legislation was built upon a lie. There is no need even for a revamped version of this bill to see the light of day, because the stated purpose of the bill, to prevent manipulation of animal owners by animal-rights groups, is a fiction. Just ask the prosecutors in the Jackie McConnell horse-soring case. They will tell you the evidence obtained by the Humane Society of the United States could not have been obtained in any other way.

Animal abusers do not advertise their wrongdoing, but the abuse must be stopped.”