Vidaar, the male Asiatic black bear rescued from the bear baiting trade reported here in April (“Vidaar and Lucia”), has passed away at the Balkasar sanctuary in Pakistan as a result of long term chronic illness. 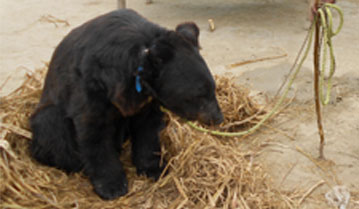 Vidaar had been used in baiting for nearly four years and suffered a significant number of injuries. He had been identified by the Pakistan Bioresource Research Centre (PBRC) in 2012 as a priority bear in need of rescue. 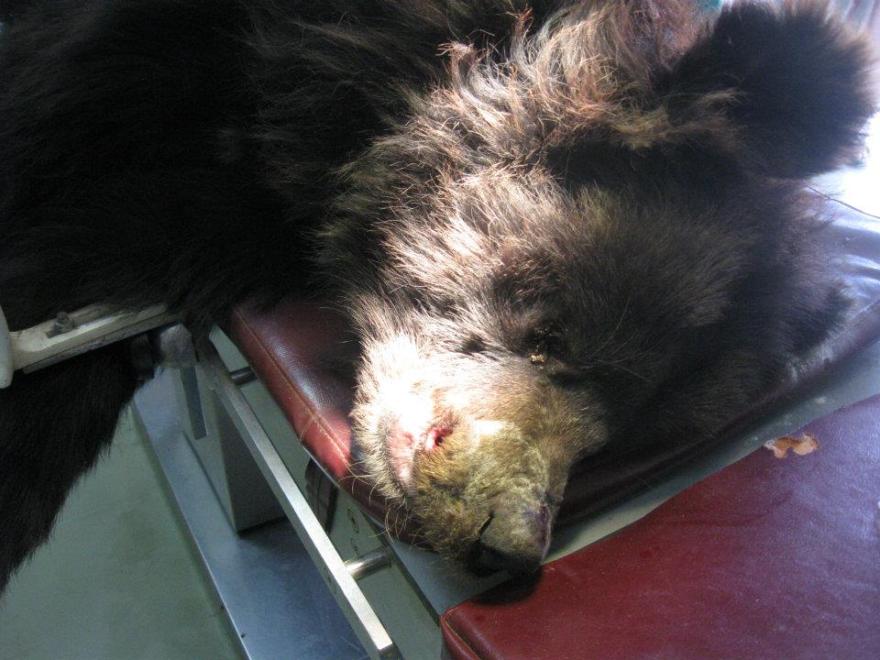 When when he arrived at the sanctuary he was severely malnourished and fighting chronic disease. His wounds were treated and the rope used to tether him to a post in baiting arenas was removed.

A post mortem showed he had an enlarged gall bladder and other organs showed signs of infection. Despite the expert care of the BRC staff he was too weak to hold on.

He arrived at the center only a few months ago with a female Himalayan brown bear named Lucia, who passed away soon after her rescue.

Animals used in bear-baiting are subjected to years of chronic stress and malnutrition with no veterinary treatment. They commonly arrive at the sanctuary with weak immune systems, parasites, blindness or impaired vision, and wounds to the muzzle, ears and eyes. 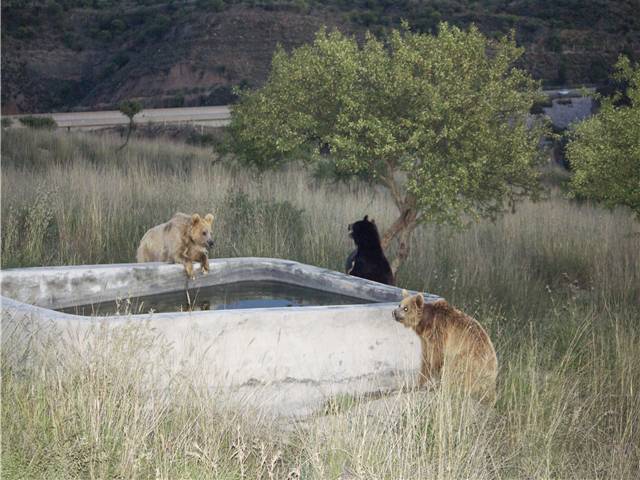 The Balkasar sanctuary is funded by The World Society for the Protection of Animals and operated in partnership with the PBRC. There are currently 20 rescued bears enjoying the safety of the sanctuary.