LOS ANGELES — An ancient Asian dining tradition ended today in California when the state ban on the sale or possession of shark fins went into effect.

Shark fins on sale at $600 per pound in the Chinatown section of Los Angeles, California. As of today they are illegal. (Photo: Louis Sahagun/MCT)

The delicacy which could be found in many stores in Los Angeles’ Chinatown sold for between $600 to $2,000 a pound.

Serving bowls of shark fin soup to honor guests at birthdays, banquets and weddings is an Asian tradition dating back to the Ming Dynasty, when sharks were the ultimate symbol of yang, or male energy, and serving fin soup was reserved for emperors.

Demand for the delicacy has grown with the growth of China’s middle class. As a way to meet the burgeoning demand for million of fins each year, the fishing industry took to slicing the fins off live sharks and throwing the crippled animals back into the sea to drown. The result was the death of an estimated 73 million sharks killed each year simply for their fins.

The International Union for Conservation of Nature estimates that the populations of some shark species, such as hammerheads, have been reduced by as much as 90 percent. 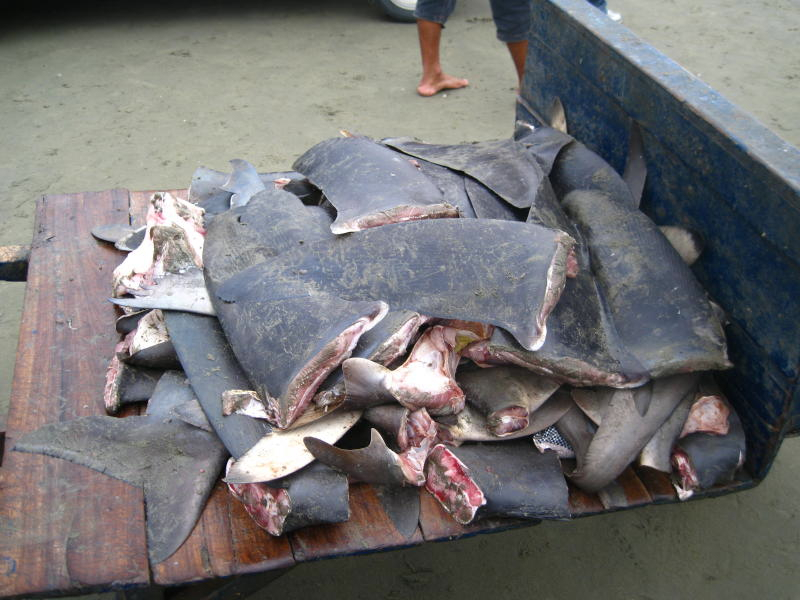