Researchers report the existence of one of the last thriving large colonies of chimpanzees on the planet in the remote Bili-Uele forest in the Democratic Republic of Congo (DRC). 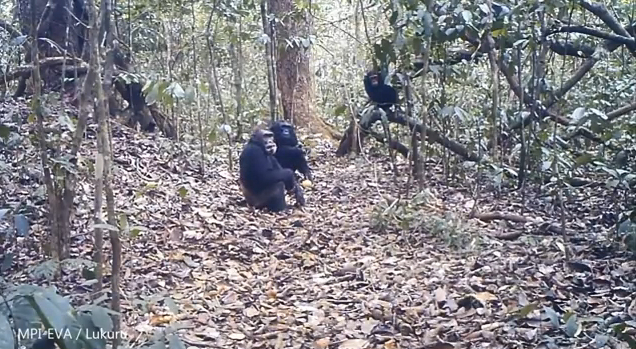 A vast, uncharted area of 50,000 sq km, the forest enclave is one of the last untouched wildernesses in Africa.

Researchers first identified the chimp kingdom in 2007. Estimates place the number of chimps there in the multiple thousands. Elsewhere in Africa, chimp populations have shrunk from millions to just a few hundred thousand in the last century.

The unusually large chimps in the Bili-Uele have been seen feasting on leopard. They build ground nests far more often than other chimps, and they have a unique taste for giant African snails.

The area is at great risk of being opened up. There is illegal gold mining in nearby areas. Members of the Lord’s Resistance Army move through the area, along with refugees and armed brigands from the war in the Central African Republic. Researcher fear these incursions will draw hunters seeking to feed the enormous bushmeat trade in the Congo basin.

The chimps are protected in DRC law, but the law means little to poachers and corrupt officials who look the other way when paid to do so.