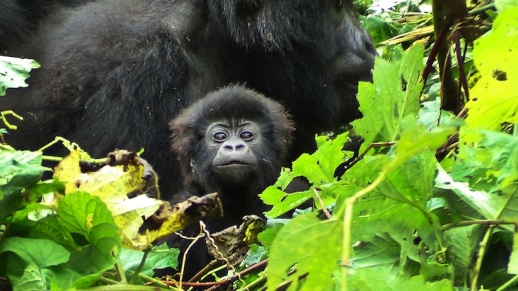 At the end of last July eight ranger teams managed to find four of our seven gorilla families in one day: Humba, Rugendo, Munyaga, and half of the Kabirizi family. It was the last time that our rangers saw any of our habituated gorilla groups.

After four months of no access whatsoever to Virunga National Park’s gorilla sector, on 1 December, the rangers there negotiated entrance to Bukima for one small team to check on the mountain gorillas. They found all but one of the habituated families. And a lot of new babies.

A total to 4 newborns were identified in the Kabirizi group alone. This is quite unprecedented and brings the growth rate of this family close to 30% a year. 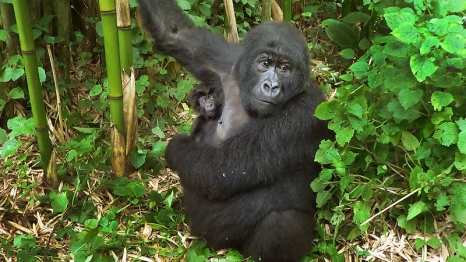 The natural growth for a healthy gorilla populations is more like 6%. So we’re shocked and delighted at this unexpected turn of events that brings a positive twist to the end of an otherwise incredibly difficult year.

We also found that during the absence of rangers, poaching increased to a very large scale: in just 4 days of monitoring and tracking gorillas, 114 snares were dismantled, which are a danger to gorillas and other animals.

is the Official Website for Virunga National Park in the Democratic Republic of Congo — the cd lets you know they’re in the Congo!

Virunga is the crown jewel of Africa’s national parks. It contains over 50% of sub-Saharan Africa’s biodiversity and is home to about 200 of the earth’s last 720 critically endangered mountain gorillas who are in a desperate fight for their survival. Virunga is the oldest national park in Africa.