Starving sea lion pups are washing up on Southern California beaches from San Diego to Santa Barbara, in what the National Oceanic and Atmospheric Administration (NOAA) calls an “unusual mortality event.” 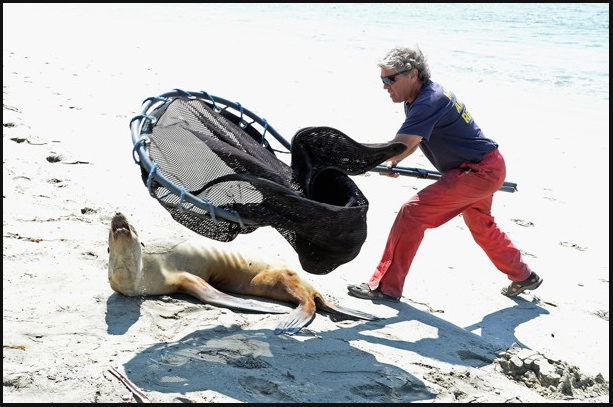 Peter Wallerstein said he has picked up 300 sick and dying sea lion pups, after fielding calls from  residents who spot them on the beach. 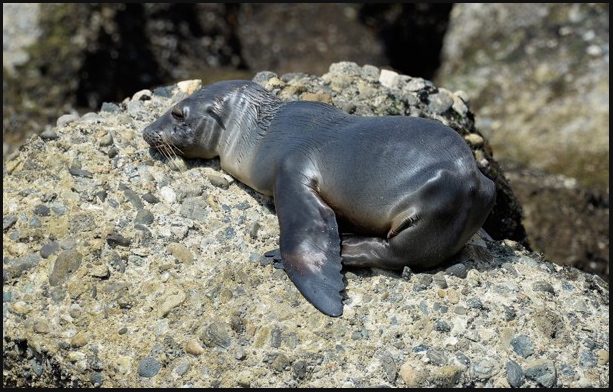 Stranded and malnourished sea lion pup sits on the rocks of White Point Park before being rescued. The pup was transported to Marine Mammal Care Center at Fort MacArthur for rehabilitation. (Photo: Kevork Djansezian / Getty Images)

NOAA estimates that in the first three months of 2013, more than 900 malnourished sea lions have been rescued, compared with 100 during the same time period last year. 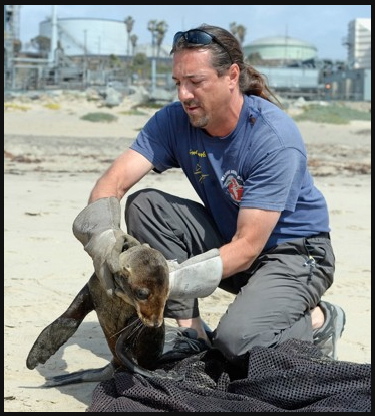 The National Marine Fisheries Service says the likely cause is the loss of the smaller fish that make up the sea lions’ main diet. Why this food source has disappeared remains a mystery.

While some of the pups are taken to centers, overcrowding has forced rescuers to return some to the water.