“Ag-gag” laws, passed in three states and being considered in eleven more, aim to block or severely limit animal activists’ ability to create public relations nightmares for factory farming operations by video-taping inside agricultural facilities, such as slaughterhouses and egg, cattle, and dairy farms.

Videos released by groups like the Humane Society of the U.S., People for the Ethical Treatment of Animals and Mercy for Animals, have helped sway public opinion to approve a mounting number of state ballot initiatives that prohibit confining cages for pigs, calves, and chickens, and mistreating animals on the way to slaughter. They have also been effective in pushing big businesses like McDonalds and Chipotle to distance themselves from such practices. 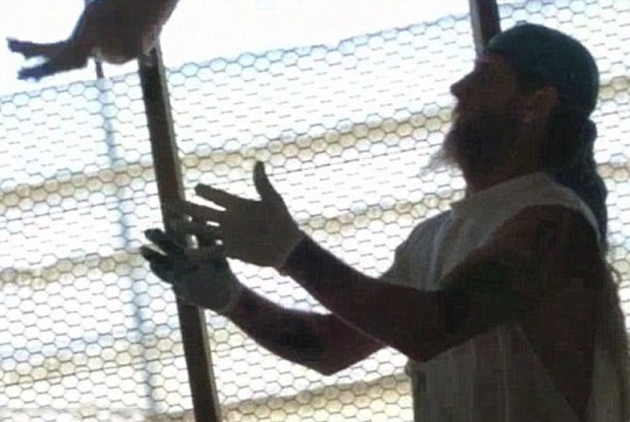 Nine Wyoming farm workers at Wyoming Premium Farms, were spotted by an undercover investigator beating pigs and tossing piglets in the air and charged with animal abuse.

An op-ed in the New York Times (firewalled) offers a challenge to proponents of “ag-gag” laws. For those who don’t have an opportunity to access the article, the points made by the author, Jedediah Purdy, a law professor at Duke, are as follows:

The agriculture industry claims that showing images to the public of how animals are raised and slaughtered is unfair, as such pictures seem to show cruelty and brutality. But the eye can be deceiving. The most humane way of slaughtering an animal, or dealing with a sick one, may look pretty horrible. But the problem with making moral arguments by appealing to revulsion is that some beneficial and indispensable acts (such as producing the food that feeds millions) can also be revolting. 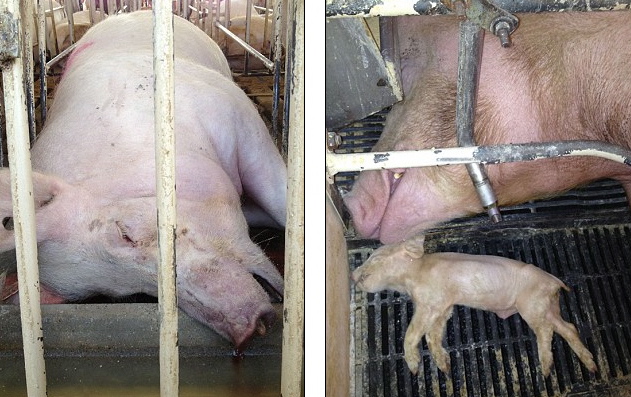 Animals at Wheatland pig farm were confined to tiny cages that did not allow them to move, left, and the HSUS investigator also spotted mummified piglets and sick sows, right.

Showing images to the public of how animals are raised and slaughtered is unfair, as “the eye can be deceiving.” The most humane way of slaughtering an animal, or dealing with a sick one, may look pretty horrible. But it’s wrong to make a moral argument against such practices by appealing to revulsion because the slaughter of anmals is a beneficial and indispensable act that serves the greater good.

Moreover, the industry says, activists are trespassers, or, when they’re employees working undercover for an animal-rights group or news organization, they’re going beyond the terms of their employment. 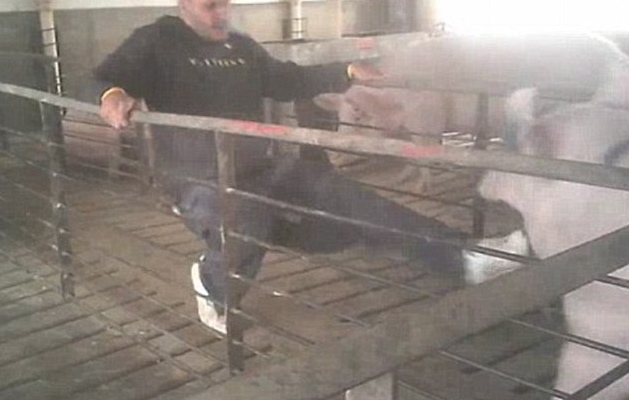 Undercover film posted by the Humane Society of the U.S. shows workers at Wheatland pig farm punching and kicking the pigs.

Purdy’s answer to all this is that in order to face up to the real issues involving the raising and slaughter of livestock, confined-feeding operations and slaughterhouses should be required to install

so consumer can judge for themselves what is going on, and that the URL’s to the video be put on the packaging in which the end product is sold. “There would be no need for human intrusion into dangerous sites,” he writes. “ No tricky angles or scary edits by activists. Just the visual facts. If the operators felt their work misrepresented, they could add cameras to give an even fuller picture.”

He adds that the images produced by the cameras might seem unfair to slaughterhouse operators because they might still appeal to emotion and prompt visceral revulsion. But “cold reason alone” is not going to reform the operations of these places—certainly not if what is going on inside these plants is invisible.

A study by researchers from Kansas State and Purdue Universities showed that meat demand went down in direct correlation to animal welfare issues being reported on in the media.